It was the surprise success at Cannes in 1995: the film Underground by Serb Emir Kusturica won the Palme d'Or. While the territory of the former Yugoslavia was being increasingly torn apart by war at the time, the film festival celebrated the political satire in which the history of the multi-ethnic state is told. And the Boban Marković Orkestar became famous beyond the borders of its homeland with the film music.

"The family tradition is being passed on."

Wild chords swept through the cinema world at a crazy speed, it was a sound that had never been heard outside Yugoslavia in this way. The music had been written by the Bosnian Goran Bregović, as he had done two years earlier for Kusturica's Arizona Dream, and he had hired the Boban Marković Orkestar to play it.

Balkan Brass became a popular term - but initially with the help of a completely different band, the Romanian Fanfare Ciocarlia, which music producer Henry Ernst discovered on his travels and brought together with the Berlin Piranha label before taking them under his own wing in 2002 with the newly founded Asphalt Tango Records (see also article on RomArchive from page 24).

For the Serbian trumpeter and flugelhorn player Boban Marković, things did not go quite so fairytale-like at first with his international career. Although he was considered the leading musician of his genre in his home country and the star of the famous Guča Trumpet Festival, it was the films that made his recordings known outside his martyred homeland.

Marković was born in 1964 in the small town of Vladičin Han, on the railway line of the old great cultural city of Niš. His son Marko was born in 1988. He too is a brilliant trumpet and flugelhorn player. So the family tradition is being passed on. From 2004, the two of them operated together in the Boban i Marko Marković Orkestar, in order to lead their own ensembles today with the Boban Marković Orkestar and the Marko Marković Brass Band. But they also perform together from time to time - for example at the opening of the Rudolstadt Festival this year.

The two musicians can look back on a long line of ancestors. Father and grandfather Marković come from a Roma family with a long tradition of musicians. His grandfather was a celebrated trumpet player in Serbia in the 1930s, who even played for kings.
Boban Marković became popular in his home country as a multiple winner of the Golden Trumpet at the festival in Guča. The small town in central Serbia with only three thousand inhabitants thus hosts one of the largest folk music festivals in the world. For musicians from the country, there is hardly a greater honour imaginable than winning here. Boban Marković has succeeded so often that he has only competed out of competition since his victory in 2001 and was appointed ambassador of the festival in 2006. Which, by the way, likes to adorn itself with the quote of a famous visitor, the great Miles Davis, who is said to have said during his stay there that he didn't know the trumpet could be played in this way.

For some time now, father and son Marković have increasingly been incorporating international influences into their music. The latest release of the Boban Marković Orkestar, the album Mrak from 2019, is also particularly enjoyable in this respect. Mrak is the Serbian word for "dark". Which, however, does not describe the music at all. The Orkestar mixes Balkan brass with jazz, hip-hop, klezmer and electronics, there is looping and sampling, rocking and swaying. Sometimes someone hacks away at his keyboard so that it sounds as if you were on the Berlin neighbourhood in Kreuzberg listening to improvised pop music. Then again, there is a whiff of the Orient and the desert in the air.

But there are also soft, melancholic, thoughtful pieces. The title "Duša" ("Soul"), for example, is beautiful enough to make you cry. An accordion mingles with the winds, which rub against and with each other like a tango. Then again, it is a bazaar that lures the ear and evokes the spices and smells of the Orient.

The influences that both Boban and Marko Marković work with are unpredictable. There are imaginative spirits at work, that's for sure. They are enthusiastic play children who soak up everything they hear and then make their own seductive, groovy mix out of it. Even the famous "Ederlezi" is taken up and varied again and again. It seems as if no melody is safe from this father-son synthesis.

On earlier recordings, it all sounded even more traditional. Wild, but without influences from other musical cultures. The roots of such brass bands from the Balkans go back to the Ottoman Empire, where as military bands they provided for the splendour and glory of the ruler. Then the brass instruments moved into people's everyday lives, accompanying their births, baptisms, weddings and funerals. They are mobile little music groups, as they are cultivated especially in the Roma communities. Everyone knows what to play. Sheet music is usually not needed. This tradition also exists in Central European culture, even though it was forgotten for a long time.

Marko Marković knows this well. Already at the age of ten, he played in concerts of his father's orchestra or at weddings they performed at. He became a permanent member of the band, whose leadership was even given to him when he was only eighteen. With this, the son was also ready to participate in the Guča Festival. For some years now, he has had his own orchestra, the aforementioned Marko Markovic Brass Band.

As for the father, in 2014 he was honoured by the British Songlines world music magazine to be the only trumpet player on the list of the fifty best instrumentalists in the world. There is nothing to add to that. 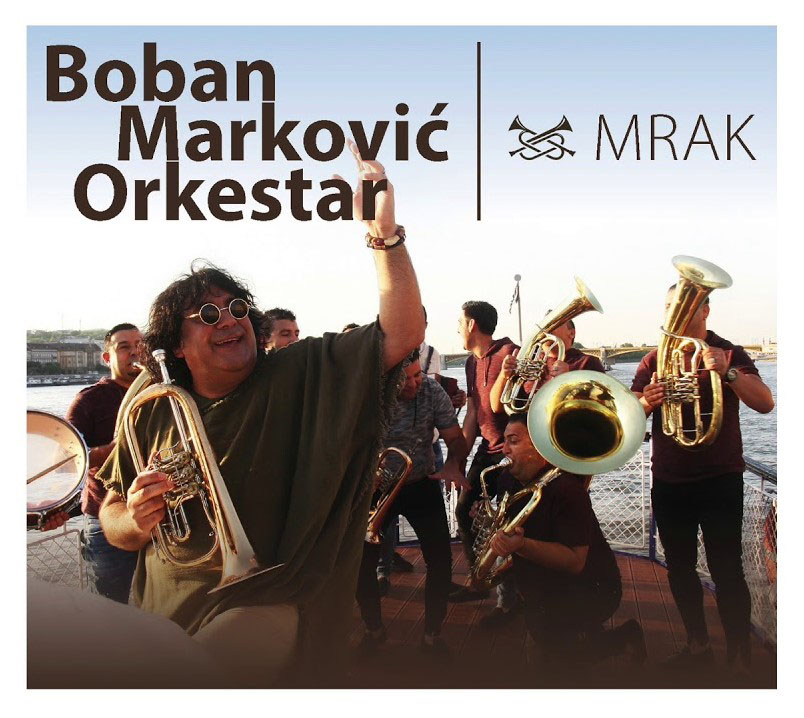 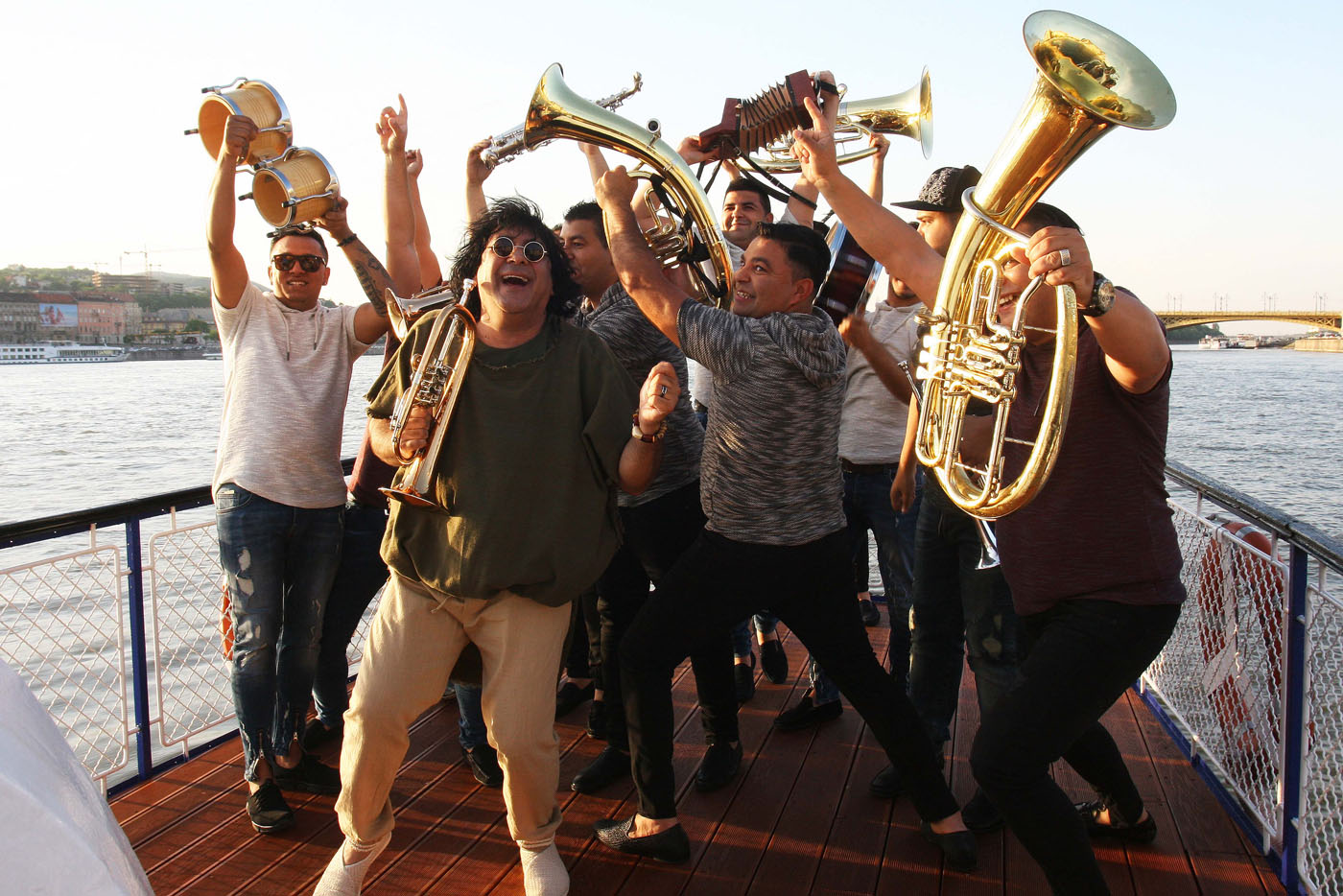 More articles in this section ...

END_OF_DOCUMENT_TOKEN_TO_BE_REPLACED

Be well informed with our newsletter