Digitisation as a Solution?

The Activities of the English Folk Expo during Lockdown

At the start of the pandemic, English Folk Expo recognised early on that digital skills and the digitisation of the music industry was going to be a vital part of keeping grassroots and specialist musicians afloat as society locked down.

To this end, we set about creating and delivering a range of digital programmes to support the English folk, roots and acoustic music sector. Some of these programmes remain and thrive, others have dissipated as the world has begun to open up. Throughout 2020 and 2021 with the support of Arts Council England we created two broad digital programme strands. You can read a full evaluation report on the Folk Expo website under the title “Rebuilding Folk”, but I will try to outline some of the successes and challenges here.

Folk Talk Academy has turned into a massive free online resource for anyone building a career in the music industry. It has hundreds of hours of recorded and written content covering every part of the music industry, decloaking it and helping independent artists and industry to navigate their way through the complicated quagmire of today’s music industry. To deliver this programme, the inimitable Terry O’Brien collated a series of 50 live webinars on topics ranging from mental health and wellbeing to legal publishing agreements, music licensing, event management and more. These webinars were broadcast live via Zoom with people able to sign up to watch live, or watch again afterwards on www.folktalkacademy.com.

The feedback from these panels has been exceptionally and overwhelmingly positive. However, the scale of this feedback has been limited. It is clear from all our industry conversations that both artists and industry want to learn from their peers, there is an expressed demand for professional development opportunities. Nonetheless, it was a real challenge to engage those target audiences to actually watch and access these resources. We had most success when running online conference days with over 100 live viewers, but some of the viewing figures from the webinar content has not been strong. Many artists have said they want to learn more about the music industry, but to date we have not found this converted to actual engagement amongst the community of musicians we work with. 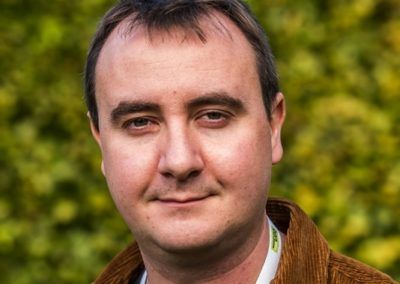 Secondly, we delivered a series of 15 livestream and hybrid concerts featuring 26 artists throughout 2021. We wanted to explore whether there was a viable business model of hybrid live shows, and further to turn some of those recorded concerts into short “virtual showcase” films to share with our industry colleagues internationally. The idea was to deliver live music events to whatever audiences were permitted by the pandemic restrictions, but then use high quality livestream capture to provide content where audiences couldn’t make the in person events either because of restrictions, access or other reasons. With these recorded concerts, we would give all rights to the artists to use for their own promo, and alongside interviews would create short films, which could be presented on our own virtual showcasing platform as well as at online industry events such as WOMEX, Folk Alliance Unlocked and IMX China.

“The social aspect of live music is an essential and necessary part of what makes this industry survive.”

Audience feedback from the hybrid gigs was strong with both online and in person audiences valuing the opportunity. However, on closer inspection, we found that rather than cultivate new online audiences, we were splitting the existing audience across live and online mediums. This meant that in the long term, we were not able to find a financially sustainable model to continue with hybrid concerts without continued funding and support. In addition, not every artist wants to have their concert as a livestream for a variety of reasons.

Similarly, we presented our virtual showcase films at several international online showcases but despite lots of positive feedback on the events, actual viewing figures were low and we are yet to hear of positive outcomes from the artists at these events. We had more success on our own virtual showcase platform, but only when we ran live online showcase events with the featured artists present. We had anticipated that these high quality showcase films would be of interest to the music industry even when the world has reopened. That they might be the kind of thing which the industry would be keen to watch in a fifteen minute lunch break. That has proven not to be the case. Once the world has begun to open up, viewing figures on these showcase films has stalled.

The lessons we have taken from these activities has been that watching music on a screen in no way compensates for sharing the same physical space with an artist and audience. The social aspect of live music is an essential and necessary part of what makes this industry survive. Removing the community or societal aspect of a live music experience reduces the experience to the point where engagement is almost nonexistent. This means that livestreaming a concert cannot replace the feeling of being at a concert. Therefore, future successful livestreams in my opinion cannot be hybrid concerts and should more be produced made-for-TV experiences, if they are to engage audiences.

That said, some of the digital and online projects we developed during this time have proved to be extremely popular and valued. We worked with the UK Official Charts Company to devise a genre chart for folk. The Official Folk Albums Chart launched in October 2020 and has gone from strength to strength, building the market for folk albums, giving platforms to emerging artists and introducing folk music to new audiences. Similarly, we are a founding partner of the WOMEX award winning Global Music Match which is about to run for a third iteration bringing together hundreds of musicians from 17 countries to form new networks, collaborations and friendships.

Where the digitisation of music has worked is where people remain connected personally, or where vital skills are being shared. Where it has not worked is where we lose sight of the importance of our innate need for social interactivity. 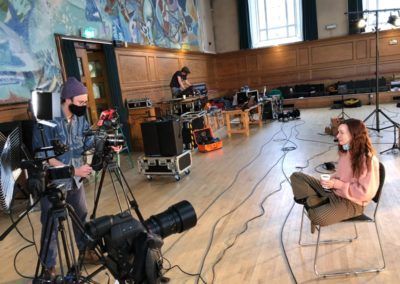