The end of the Kate Wolf Festival

It was considered one of the most popular folk events in the USA. However, for the 25th anniversary the organizational team of the Kate Wolf festival announced its end with a heavy heart. folker magazine had the opportunity to talk with Hannah Wolf, daughter of the famous folk singer, about the long lasting success of the festival and her mother’s great popularity.

It was an emotional farewell. When at the end of this year’s festival the Texan blues singer Ruthie Foster together with the Californian Singer/Songwriter Keith Greeninger and the approximately five thousand visitors traditionally started to sing Kate Wolf’s most famous song “Give Yourself To Love” many people’s eyes were filled with tears. The four day event once again demonstrated impressively why it ranks among the most outstanding festivals in the folk, Americana and blues genre in the USA. “Many came here every year because they loved the family atmosphere, the warm-hearted community, Kate’s music, the excellent line-up and the setting in beautiful nature,” says Hannah Wolf, daughter of the 1942 San Francico born contemporary American folk pioneer who died far too early at the age of 44. However with the 25th edition on June 26th the final curtain of the event fell, whose authenticity and hippie atmosphere was especially popular among musicians. Many big names like Joan Baez, Jackson Browne, Emmylou Harris, Indigo Girls, Keb Mo or Donovan performed here. Also this year the more than sixty concerts on four stages presented once again many highlights such as Taj Mahal, Ani DiFranco, Bruce Cockburn, Tom Paxton or Mary Gauthier. 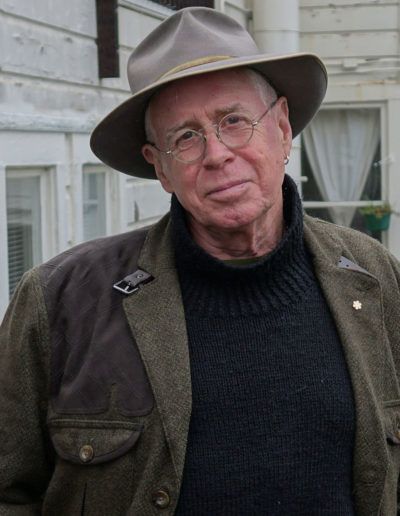 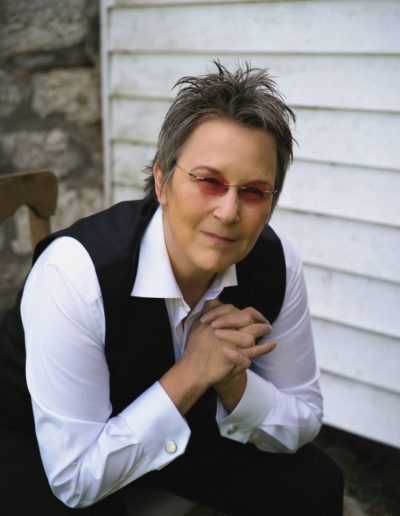 “Nobody had expected such a development. With the first event we just wanted to commemorate Kate’s music and the American folk scene here in California,” recalls Hannah Wolf. Along with her brother Max, Kate’s partner Terry Fowler and the event management company Cumulus Presents she brought the first event on stage in 1996, ten years after her mother’s death. Back then everything took place in a very small setting in Sonoma County outside of San Francisco where her mother had lived. However, the response grew so rapidly that in 2001 the festival moved to Black Oak Ranch in Laytonville, Northern California, and Cumulus took over the organization alone.

“She just had the talent to express timeless feelings so that everyone can find him- or herself in her songs.”

Today the organizers have to pay tribute to their increasing age. “A festival of this size is a huge logistical and financial challenge,” says Hannah Wolf. Not least because of the two past cancellations caused by the pandemic and the uncertain future as well as health problems the organizational team had announced the end with this year’s anniversary. But the 55-year old also sees something very positive in the end: “There are hardly any musicians like my mother whose work has been kept alive for so long.” Indeed, in its 25 years the Kate Wolf festival has not only been a mere excellent folk and blues event. Center stage, not only with the traditional closing song, took always also the music of the name giver. “An integral part of the festival were the so called ‘Round sessions’ in which people from Kate’s artistic environment told stories of their time together and sang her songs,” Hannah Wolf remembers. Furthermore, the musicians were asked to interpret a song by Kate at their concerts. “That only changed later because you cannot dictate stars like K.D. Lang or Mavis Staples what they have to sing.” 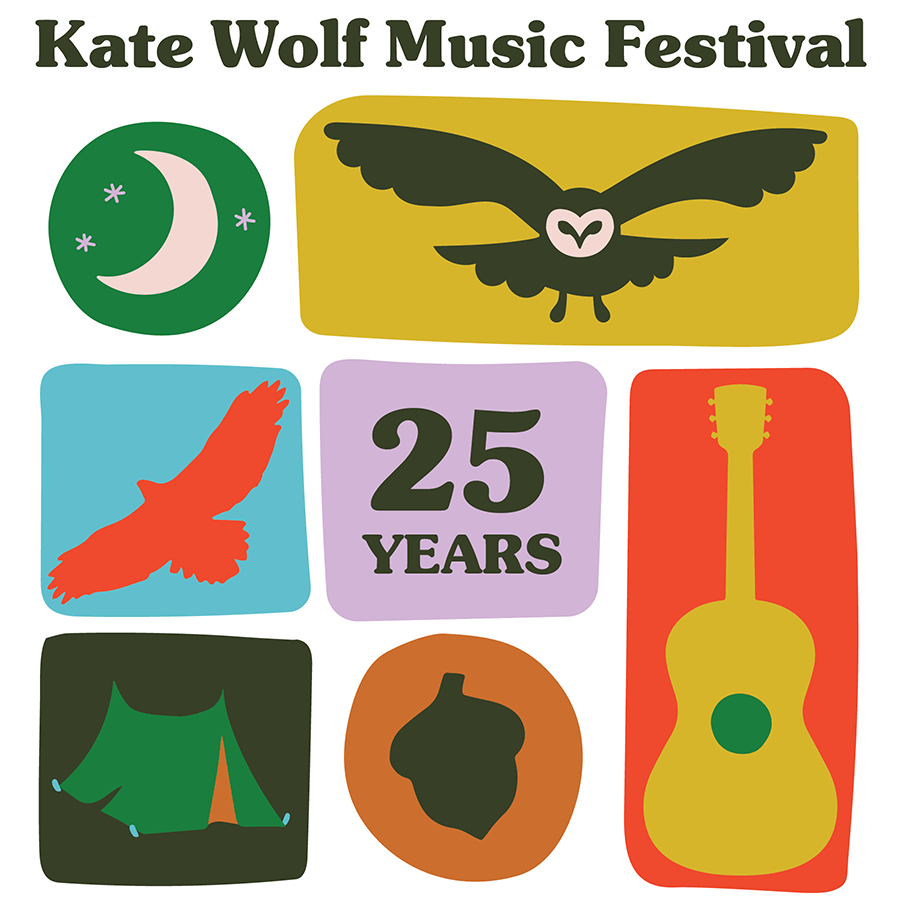 While in Germany Kate Wolf is usually only known to folk experts, she significantly influenced the American scene way beyond her death. She was a trailblazer with her music as well as with her independence in the music business and her emancipated attitude. Even today many regret that she died at the height of her creative work. By the mid-1980s Wolf had risen from being a local musician to a national factor. A milestone was her thrilling concert for the acclaimed Austin City Limits show in the fall of 1985, which was broadcasted nationwide on television. Only a few months later, she was diagnosed with leukemia and Wolf died in December 1986. By then she had written over 200 songs of which 76 were also published posthumously on 13 studio and live albums. To this day songs like “Across The Great Divide”, “Friend Of Mine” or “Love Still Remains” are often covered. The latter even earned Emmylou Harris a Grammy nomination. “Her songs are very melodic and reminiscent in its simplicity of the early nineteenth-century folk,” says Hannah Wolf, who sings in the San Francisco Symphony Choir in her spare time. Moreover, people love Kate Wolf’s warm, full voice and her profound lyrics. Hannah Wolf: “She just had the talent to express timeless feelings so that everyone can find him- or herself in her songs.”

“Honest as a wildflower.”

But it is not only her music, it is above all the way Kate Wolf lived her life why the folk singer moves and inspires many people to this day. „She followed her dream, no matter how hard it was and she faced the world with an open heart. She was always in close contact with her fans“, reports Hannah Wolf. For the folk legend Tom Paxton her message was always love and the politically engaged musician Utah Philips, who collaborated extensively with Kate, described her as „honest as a wildflower“. 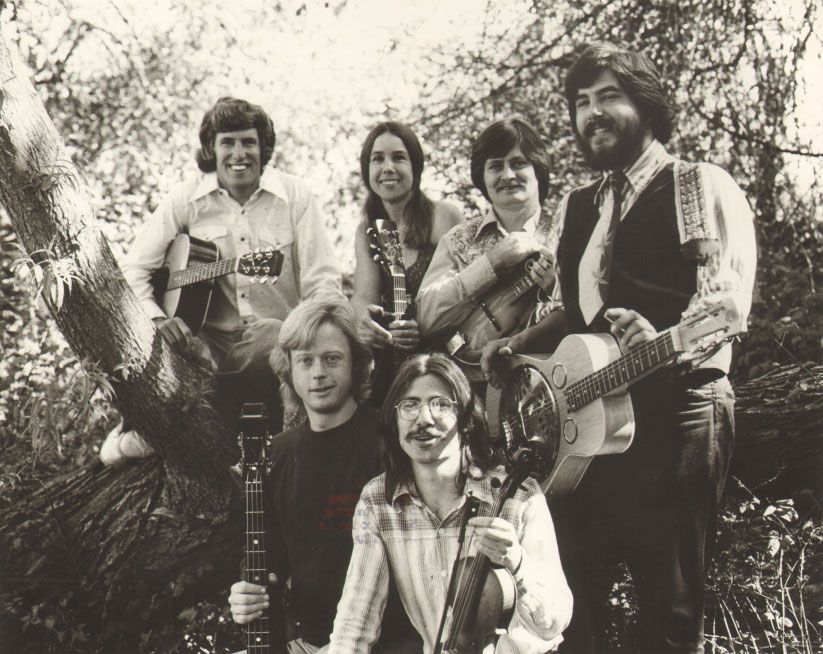 Kate Wolf and The Wildwood Flower

Kate Wolf started late with her music, at the age of 26. By then she was already married and had two children. At the end of the sixties, she met some young folk musicians at Big Sur, California, who wrote their own songs. Wolf learned to play the guitar from them and began to compose herself. But more importantly: She knew very soon that she wanted to be a musician. So she separated amicably from her husband Saul Wolf and moved to Sonoma County in 1971. There she lived in her car for six months before she found a place to stay and a job at a newspaper. On weekends she looked after her children. She started to write her own songs and performed with her band The Wildwood Flower, which she had founded with her second husband, the mandolin player Don Coffin. “As a mother she was a very strong feminist, which wasn’t easy in the early 1970s, especially when you leave your husband and children for your own career,” says Hannah Wolf appreciatively. “She had to do it. I also always remember her as a businesswoman in the music business.” In a time when it was much more difficult to produce one’s own music than it is today, Kate Wolf founded her own label Owl Records. Through it she released her first two albums Back Roads and Lines On The Paper. In addition, she was politically active. She was involved in Jackson Browne’s “No Nukes” campaign, supported disadvantaged groups like the Native Americans and stood up for the environment. References to nature can be found in almost all of her lyrics. “For me nature is so healing because you realize how much love it contains,” the artist summarized her closeness to nature in her last interview.

Expressing herself through folk songs was Kate Wolf’s passion. “It’s your whole life, it is like living with your senses wide open all the time,” she said about her existence as a musician. Hannah Wolf remembers that this urge to jot down ideas immediately could sometimes lead to her writing notes on paper while driving behind the wheel. “But her openheartedness, especially when dealing with other people, also made her very vulnerable and exhausted,” she continues recalling the ways of her mother. But for Kate Wolf there always seemed to be a higher purpose. “I live for the feeling that I can end my life at any time and feel that it made sense,” she reflected shortly before her death.

The festival in her honor was also founded on these pillars of inward independence, love for music and the living for a purpose. Therefore, precisely because it has brought people together, it can end. The folk scene will be missing something significant without the Kate Wolf Music Festival. But this also creates space for something new. Because the music, especially that of Kate Wolf, lives on. 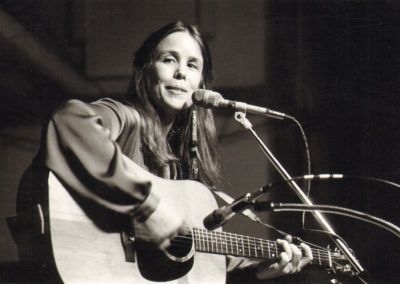