To the Point #3: Steve Knightley, musician (Show of Hands)

Do you think the CD is dead and a superfluous waste of raw materials, given that everything is available “online” today?

It’s not a question of thinking, if the CD is dead, it is. It’s a format, that is now no longer viable from the cost of recording and the cost of production and the cost of marketing full stop. There was a time, particularly in the folk scene, where people liked to go home with something that they had heard that night. But, nowadays, you can’t even play a CD in a car, so that particular engineering decision has had a pretty disastrous effect on the ability to market CDs.

In your view, are streaming services like Spotify, Youtube or Deezer a welcome marketing tool or a condemnable work of the devil, because only the big players earn money and the small fish usually go away more or less empty-handed?

It’s wonderful to be able to capture and hear bands that you would not normally get a chance to hear. What’s really important is that you can then go and see them play. So in that sense, it could be like a loss-leader, you can check out a band somebody might recommend and then as long as you go and buy a ticket, then it can financially sort of even out. The benefit of it being so widely heard to a certain extent outweighs the fact that it wipes out a CD that might be made. Also, on the subject of CDs and albums, it’s very good for a band or an artist to get a new body of material together, to be able to link it into a marketing campaign for a new tour or something like that. But, rather than doing it every year like some bands do, I think every eighteen months or every two and a half years is more realistic now. We are selling about a third of the numbers that we sold even ten years ago and there seems to be no sign that that’s particularly stopping.

What significance do social networks have for you as a contact, information and PR medium, but also from the point of view of the end consumer and of musicians in general?

Social networks as a contact are absolutely essential. There is no substitute for it now, and whether this generation of folk music lovers likes it or not, every subsequent generation is only going to get more familiar and more used to using social media. For us, in particular, Facebook is the most important one. It seems to be quite a generous medium, where people share positive reactions to you. Twitter I think personally is disastrous, but that’s just my opinion. I don’t think it does anything. It might tell people news that you might not be able to make a gig or that there’s something changed in your schedule, but I think that Facebook seems to be the best one.

What role does digitisation play for you personally in your job? Has it changed your work? Will conventional music studios soon become obsolete? What about the classic interaction of a band playing live in a recording situation?

For me in particular, you don’t need to go to a recording studio to do demos. I use my phone as a notebook for jotting down random ideas and so forth. Then I go to Garage Band on my laptop as a way of demoing that idea, and then I go straight to a recording studio or playing the songs live. So the idea, or the age of the residential country house studio are, I think, more or less finished, apart from the huge bands that can afford to go away and write and rehearse and to record something in a country house setting. Everybody now can record high-quality stereo on a digital medium and capture ideas, rehearsals, soundchecks, run-throughs. You can record a gig most nights, straight off the desk, listen back to it and appraise it.

From your point of view, how does digitisation affect the availability of tablatures, lyrics with chords, sheet music and other materials? Should everything and anything be freely available on the internet at any time?

I don’t read or write music. I have made five songbooks, where I just put the basic chord shapes down for people who wish to learn the songs. But what I’m going to do in future is that I’m going to put all of my songs up on music sheet downloads, so that people can go to Spotify to listen to a song and download the actual lyrics and the chords. I think, that could be another source of income in a way that it used to be for songwriters years ago, when sheet music used to sell quite well, particularly for piano players and so forth.

How has digitization influenced your own music reception? How do you listen to music today, how do you perceive it and through which kinds of media? Which streaming services do you prefer and for what reasons?

Personally, I spend a lot of hours driving, and what I do is, I’ll put on Spotify of a band or an artist that someone has recommended. But also in the background, I might go to Youtube and just listen to fan’s videos. If we’re looking for an artist to book for a festival or support, you cannot beat someone in the back of the room holding up a mobile phone, because you get the real deal. Although the sound quality and the picture quality aren’t perfect by any means, you do detect competence, charisma, stage presence and generally a notion of the level at which an artist performs. I personally also listen to the spoken word. I listen to podcasts when I’m driving, but occasionally I’ll have music on through Spotify. It will select a playlist for me, and it will find things that I might also enjoy. So I use Spotify and I use Youtube to then look at the actual artist that I might have been listening to. 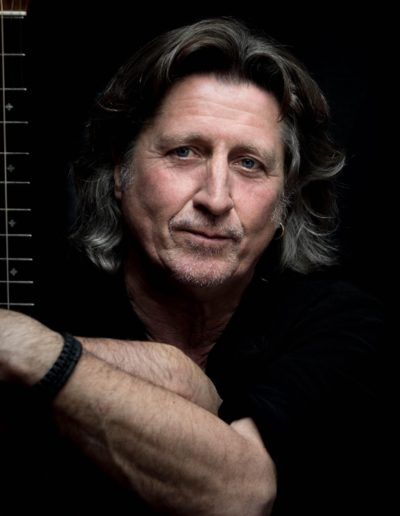