Our Behaviour Has Consequences

We humans are without question the cause of most of our problems, be they environmental or social. The Scottish singer/songwriter Kim Edgar, also a member of German folk group Cara, took this simple fact as an opportunity to enter into a not so simple song collaboration with twelve colleagues. Something that would not have been possible without the help of digital means.

How did you get the idea for this project called “Consequences” and why did you give it that title? Did the virus and the lockdown have anything to do with it?

Consequences was a game that I used to play as a child. You took a piece of paper and wrote something on it, then folded that bit of paper over and passed it onto the next person to continue the story. During the lockdown, I thought that collaborating with other songwriters I admire but hadn’t yet had the opportunity to write with would be a great way to stay focused on being creative. At that time, all my usual music related work – touring as a solo artist and with Cara, leading choirs at home in Scotland – wasn’t possible. In my mind, each song might be a bit like a game of Consequences, because the project was designed to work remotely – so it might be (as it was in some of the collaborations) that one songwriter created lyrics, or music, and then the second songwriter completed the song by responding to what had already been written. I also thought that the whole album project would unfold, one song at a time, and that my own learning as a songwriter would be building up over the project. I could take forward new learning into each subsequent collaboration, so again, that reminded me of the game, Consequences. Finally, it was a play on words, because I wanted, thematically, to focus on the personal, social and environmental consequences of human behaviour. We have been, and are, facing many crises in the world. It seemed particularly fitting at a time when “normal life” was halted to reflect on what we humans do and why our behaviours matter.

Why did you decide on a relatively tight time schedule of a month for each song?

I didn’t think that was a tight schedule! I actually designed it thinking, “that will be long enough, even to cope with any illness, delays, technical issues”, and I’m delighted to say the whole project has almost run to schedule. To be honest, for me, the main challenge of writing songs is putting aside the time to write them. When I am writing, I am in the moment, and time seems to stop, somehow. But sometimes I fail to prioritise time for writing, and I thought having a project which included songwriting collaborations with others would make me prioritise making that time, and keeping it. I loved that about the project! But yes, making sure not only to have a song written, but also to record it, sometimes remotely, with my collaborators every month was a challenge, particularly once normal gigs and tours began to start again – and almost everyone in the project had Covid-19 at some point over the year, which added extra challenges. 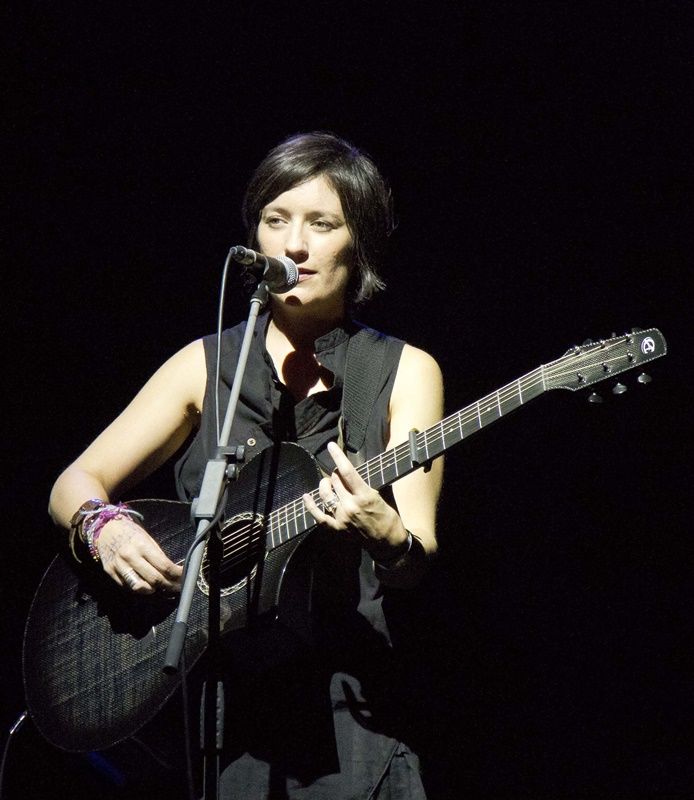 How did you decide with whom to cooperate, and did everybody agree to do it? So far it’s four females – only four, I should say. I would have expected at least half of the twelve were female …

I had initially asked Anaïs Mitchell (whose songwriting I greatly admire) via her management if she’d be up for being a part of the project, but sadly for me, it wasn’t something she was able to commit to. There was another female songwriter, who unfortunately had to pull out during the project. Nevertheless, I’ve been delighted with each of the collaborations, and I hope the project itself will be considered to have inclusion and equity at its core.

Did you decide on the idea for each song or was that part of the discussion with the respective partner?

I was hoping, in this project, to be led by the songwriting collaborator in terms of the “big idea” for each song, having set the brief that it should be about the personal, social or environmental consequences of human behaviour. Partly, I designed it this way because my previous solo album, Held, was an intensely personal one, and I wanted to look outward for inspiration this time, and possibly to write some more songs where the personal is also political, which interests me greatly. In brief summary, before writing with my collaborators, we did discuss mental health, cancel culture and being kind (Ron Sexsmith), how childhood trauma can continue to affect you as an adult (Horse McDonald), the enormous and continued sense of loss, grief and shame suffered by unmarried mothers whose babies were taken away from them by the church and the state in the past (Boo Hewerdine), the final warning that the environment is sending to humans at the moment (Dan Bettridge), the impact of greed and gambling on humans (Goodnight Louisa), what it means to witness injustice on a global or personal scale, and not speak out or take action (J-P Piirainen), the climate crisis (Sandra Le Couteur), the core causes of conflict and what Taoism has to offer in our search for peace and freedom (Stone), the ripple effect being heard and seen can have on people (Rachel Sermanni), the impact of being away from home on people (Louis Abbott) and the impact of war on human lives (William Crighton). In one case – and this really surprised me – my collaborator, James Grant, provided me with music without any theme in mind, and next, I found a melody, and then considered what the music itself might be saying … That led to a song about what can help us to develop our sense of identity and who we are in the world.

“It seemed fitting at a time when ‘normal life’ was halted to reflect on what we humans do and why our behaviours matter.”

The most interesting part is: How did the cooperation work in detail and technically? Zoom conferences perhaps? And how many?

This was really varied across the project – particularly because of changing restrictions around Covid-19 and also because of the geographical location of my collaborators. In the majority of cases, the main collaboration took place over one day – but with the sharing of initial ideas in advance, and some further editing of lyrics and music afterwards. This was indeed a Zoom conference with Horse McDonald, Dan Bettridge and J-P Piirainen. With Boo Hewerdine, Goodnight Louisa and Rachel Sermanni, I was lucky enough to be able to collaborate in person, while restrictions were lifted, as they are geographically close to me. With the others, there was a very interesting mixture of approaches – with ideas shared by email back and forth (Ron Sexsmith, Sandra Le Couteur, James Grant, Stone), and the last two were firsts for me: with Louis Abbott we collaborated via WhatsApp, and with William Crighton, we collaborated, while he was touring Europe, via Facebook Messenger. What was unexpected was how many collaborators were also willing to contribute to the recording as well as co-writing the song – and many of them did this remotely, because they were technically capable of doing so. It was also a pleasure to work in person in the studio with Horse McDonald and Rachel Sermanni – I learned many things from those experiences, as well.

How long did it take to come to the point where you and each collaborator said: Yeah, that’s it, that is the song I want? And does that include the arrangements or are they entirely yours?

For most of the collaborations, the focus was writing what I’d consider to be the skeleton of the song (words, melody and chords) with the collaborator, and the arrangement element was something that I took forward with any songwriters who wanted to be involved in recording along with my creative team (Mattie Foulds: production and drumming, Kevin McGuire: electric bass & Mikey Owers: brass, electric guitar and vocals). We then shared the mix with the collaborator for their approval and/or suggested changes before mastering and sharing the song publicly. It was lovely that several collaborators who had the time to do so got more involved, for example, J-P Piirainen and Stone took on elements of production as well as contributing instrumental and vocal recordings. And working in the studio with Rachel Sermanni and Horse McDonald meant that we could be very creative in trying out their fantastic arrangement ideas together.

In some cases, writing the bones of the song was super quick. For example, Boo Hewerdine and I discussed ideas and agreed on the concept, and Boo quickly found a chord progression that I liked and thought could work conceptually throughout the song, without changing. We then wrote lyrics together – though around a week later I revised one whole verse, with Boo’s permission –, and the song was complete within a few hours. In other cases, for example with Dan Bettridge, working together over Zoom, we quickly agreed on the music but it took us a much longer time to agree on words – they are so particular, and so personal. I’m really pleased that we spent the time (a whole day) getting to where we did with them, and I’m particularly proud of the economy of the final lyric. Other approaches were completely different again – for example, Stone and I had several long Zoom discussions around the concepts in our song, and also shared information including documents and videos with each other, before we each worked – separately – inspired by what we had considered. So, for example, I sat down at the piano and tried to write without any plan in mind, in line with a concept from Taoism that we had discussed. Stone responded musically on the guitar, then I added a vocal line, then he did, too – and it built up from there. This happened over several weeks.

How was the feedback from the public to the project so far?

I’ve been delighted with responses to the project so far. I’m conscious that with this project I’ve stepped outside of my usual acoustic/folk/pop realm on several occasions, and I’ve been pleased with how willing my existing audience has been to come with me on that journey, and how supportive they’ve been of the new work. What has also been amazing is the chance to reach new audiences through my connections with fantastic songwriters working in geographically and musically different areas from myself …

How satisfied are you yourself with the results?

I’m extremely grateful that Creative Scotland supported my idea to try to develop my skills as a songwriter during lockdown by making new work in collaboration with songwriters I admire. I’m pleased with the varied, and in some cases, unusual songs that have emerged from the process and I’m excited to share them more widely soon in the form of an album, Consequences, which will be released in early 2023 – watch this space! Moreover, I’m satisfied that the project itself provided some sense of stability and focus not just for me, but for the creative team involved and for the songwriting collaborators, at a time when many things felt uncertain. And that there has been much learning during the project, which we all take forward with us on this fantastic but unpredictable journey as musicians in the world today. 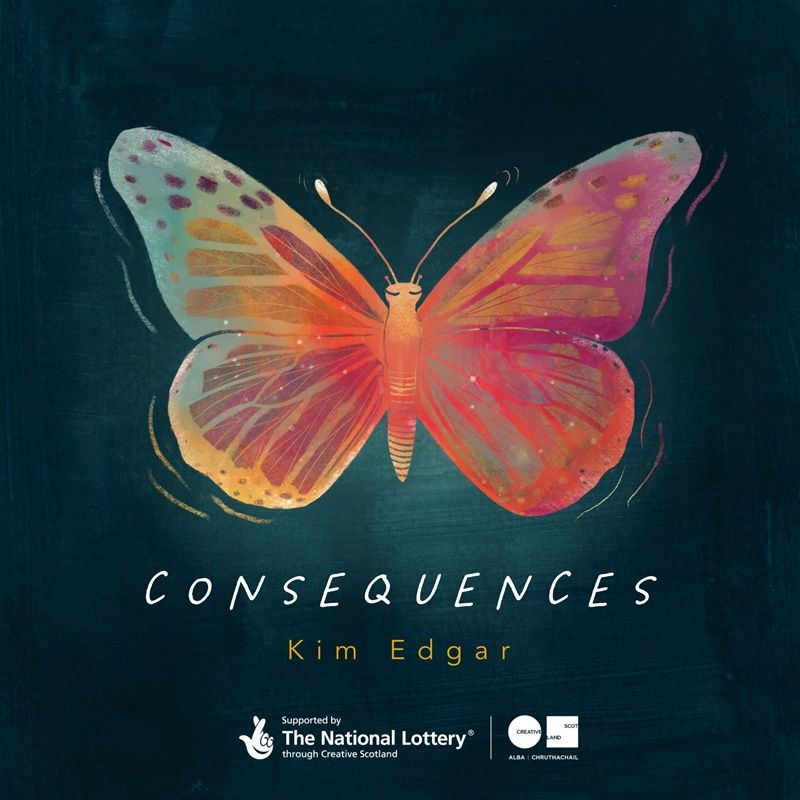 Horse McDonald & Kim Edgar, „Save Myself (Run Away)“: www.youtube.com/watch?v=7ATBKASR3dQ 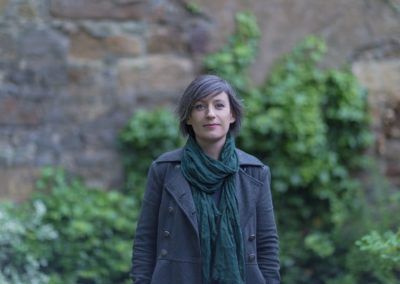